July 2007
Underground water sources of high, medium and low yield are in this layer. 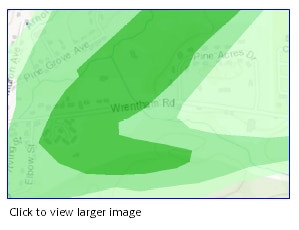 MassGIS produced an aquifer datalayer composed of 20 individual panels, generally based on the boundaries of the major drainage basins. Areas of high, medium and low yield were mapped. The SDE layers contain seamless data from Basin-based tiles and are named AQUIFERS_POLY and AQUIFERS_ARC.

This datalayer NO LONGER includes polygon attribute coding to help in the identification of areas in which clean up of hazardous waste sites must meet drinking water standards, as defined in the Massachusetts Contingency Plan (MCP) (310 CMR 40.0000). Please refer to the DEP NPDWSA Datalayer for areas that are defined as Non Potential Drinking Water Source Areas.

The USGS 1:48,000 hydrologic atlas series on groundwater favorability was produced for all of Massachusetts. The basemaps for these were photographically reduced and spliced together from 1:24,000 USGS quadrangles. Each manuscript covers one of the major drainage basins. They have been individually researched and published by the USGS-WRD starting in the 1960s and continuing to the present. Several have been compiled but not yet published. In these cases the draft manuscripts were automated.

The high and medium yield categories were automated from the manuscripts. The major drainage basin boundary was copied from the Major Basins layer to use as a template for digitizing. Because ponds and lakes are also closely related to aquifers, they were clipped from water bodies in the 1:100,000 Hydrography datalayer and also used as a template. The USGS manuscripts were not edgematched to adjacent panels; no attempt has been made to resolve interpretation inconsistencies between panels.

The arc feature class has one item called OUTLINE. The drainage basin boundary is coded as '1'. All other arcs are coded as '0'.

The polygon feature class has the following items:

Plots of each panel were made at a scale of 1:48,000 and compared to the source map. Corrections were made as needed.

To properly portray the aquifers with full statewide coverage, users should refer to the image above. This image displays the Aquifers layer symbolized on CODE or TYPE. If the display of NPDWSA is desired, see the "Displaying the Data" section in Massachusetts Contingency Plan (MCP) (310 CMR 40.0000). Please refer to the Non-Potential Drinking Water Source Areas layer.

This datalayer is maintained by MassDEP. In June 2003, the DEP GIS group modified all tiles to remove the NPDWSA designations. In July 2007, the boundaries of two polygons in the town of Colrain were modified.